the Tay was first home to seaplanes before World War One when a base was established near the Stannergate. despite its distance from the battlefields of mainland Europe, aircraft from the base saw action on numerous occasions - including a battle against Zeppelin airships. The base was disbanded in 1919 then reopened as HMS Condor II in 1940 until 1944.

Perhaps the most notable seaplane flight from Dundee was a world record attempt in 1938. Imperial Airways decided to challenge the Russian held record of 6,306 miles with a flight from Dundee to Cape Town in South Africa (6,370miles). The main challenge was how a plane could take off with the weight of the 2,000gallons of fuel needed to sustain its 50hour journey.

The answer was to mount a smaller seaplane (the Mercury) on top of a larger one (The Maia) for the take off, then release the smaller aircraft in mid air. Ultimately bad weather didn't allow them to break the distance record, but they did achieve the record for the longest non-stop seaplane flight. 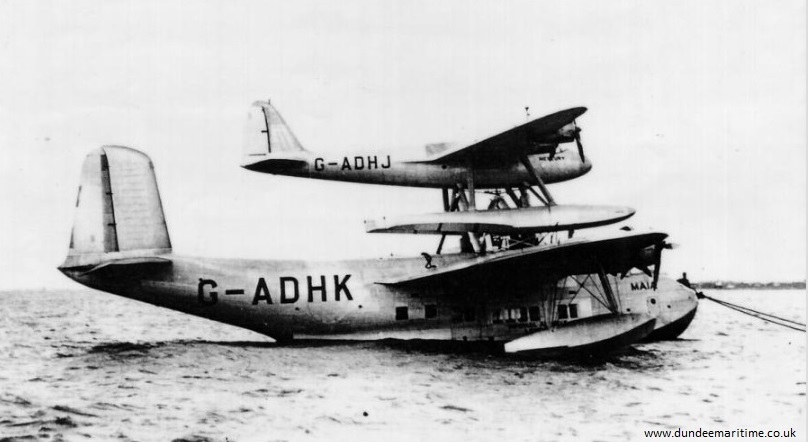