The dynamic tidal flow of the Tay attracts a wide range of birds, both local and from further afield. The Tay Estuary is a key spot for migrating birds. Those with keen eyes and ears can spot a number of different species at different times of the year.

Black-headed Gull
These small gulls are more delicate than the familiar herring gulls. Their name is not quite correct, as in the winter they have no dark head, instead identifiable from the dark spot behind their eyes. In the summer, their head is darker but it’s more chocolate brown than black. Also often seen inland. 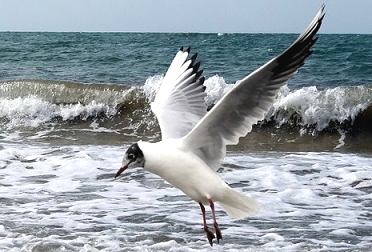 Cormorant
A large black fish-eating bird usually seen alone and diving if in the water, or in groups (often called ‘gulps’) when on sandbars or breakwaters. Easily identified by their habit of spreading their wings wide when standing. They fly fast, and usually very close to the surface of the river. 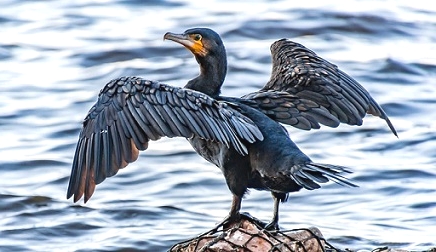 Curlew
A shoreline specialist, the curlew is becoming endangered because of its disappearing breeding ground inland. These elegant birds have a distinctive profile with long legs and a wickedly curved beak, ideal for spooning worms out of sandy burrows. Its mournful spiralling song is unmistakable. 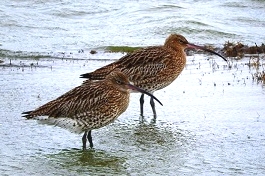 Grey Heron
The grey heron is our only native species of heron. Familiar as a lone statue-like figure they hunt with patience, waiting for prey to swim close enough then pouncing with their sharp beaks. Often seen on lakes and ponds as well as the banks of the Tay, they are ferocious hunters with long legs. 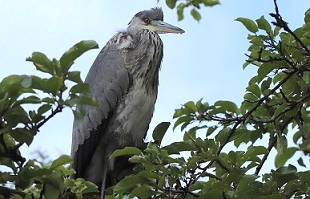 Herring Gull
Often seen as a pest this gull is now a common sight, but endangered due to habitat loss. Traditionally nesting on cliffs they now eat our discarded food and mostly live in our towns and cities. Their pink legs and light colouring tells them apart from lesser black-backed gulls. 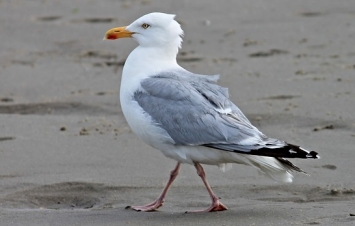 Mute Swan
One of our most familiar species, mute swans often flock together in groups around the pier at Broughty Ferry. Swans mainly eat vegetation and prefer peas or corn to bread. The male has a bigger black ‘knob’ on its beak. They can get aggressive when defending their cygnets. 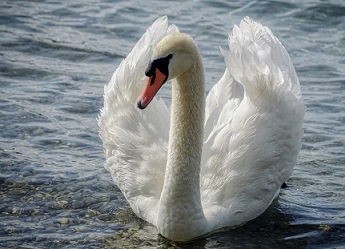 Oystercatcher
These busy birds are unmistakable, with their striking carrot beak and bright red legs contrasting with their black and white bodies. They feed along the shoreline in small family groups.  They pair off in springtime and are loyal partners. Listen for their urgent ‘kleep’ as they quickly take to the sky. 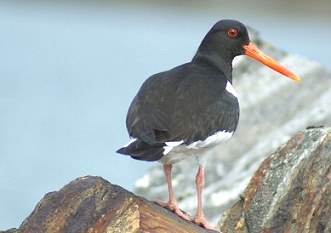 Turnstone
Ruddy turnstones are named for their foraging method of flipping rocks with their short strong beaks. Handsome birds which are masters of camouflage, they are a delicate red-brown in colour on top and white underneath. If you spot one you will probably see more if you wait and watch for movement.

Eider
The heaviest ducks in UK waters, eider are well known for the soft feathers that make their nests. The female is brown but the male is black and white with pale green patches on his head. They make gentle cooing sounds and can be seen in the middle of the Tay. 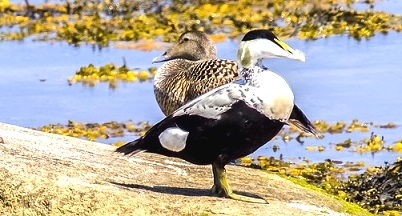 Redshank
This grey-brown bird gets its name from its bright red and very long legs. A shoreline feeder, it has a short reddish stabbing beak. Thin and elegant, they are more common along the Tay shore in the winter. Their piping call when disturbed is loud and repetitive.