The North Carr is believed to be the last remaining Scottish lightship. With a weight of nearly 270 tons it is equipped with a light and a foghorn, as well as being painted bright red to warn seafarers of the dangerous North Carr rocks which lie just off Fife Ness.

The vessel which is currently moored in Victoria Dock was the third to bear the name and be stationed on the North Carr, a set of rocks inconveniently located near to the turning point for ships sailing between the Tay and Forth estuaries.

Unlike normal ships, it doesn’t have its own engine and propeller, the space is taken up by fuel tanks, three generators to power the light and other electrical services, and three compressors for the foghorn. This meant that they had to rely on it being towed out to the rocks and back again if it ever required servicing. Whilst on station it would rely on an anchor to keep its position.

The lightship was crewed by eleven men but only seven were on board at any one time, most of the crew spent a month at a time on board, with two weeks ashore. In 1975 the lightvessel was replaced by an east cardinal buoy  and decommissioned

The lightship was saved from the scrapyard and is now under the ownership of the Taymara charity (Tay Maritime Action) who are seeking assistance in restoring this important piece of maritime history.

The activities of the North Carr restoration team can be followed on the website at http://nc100.org/index.html 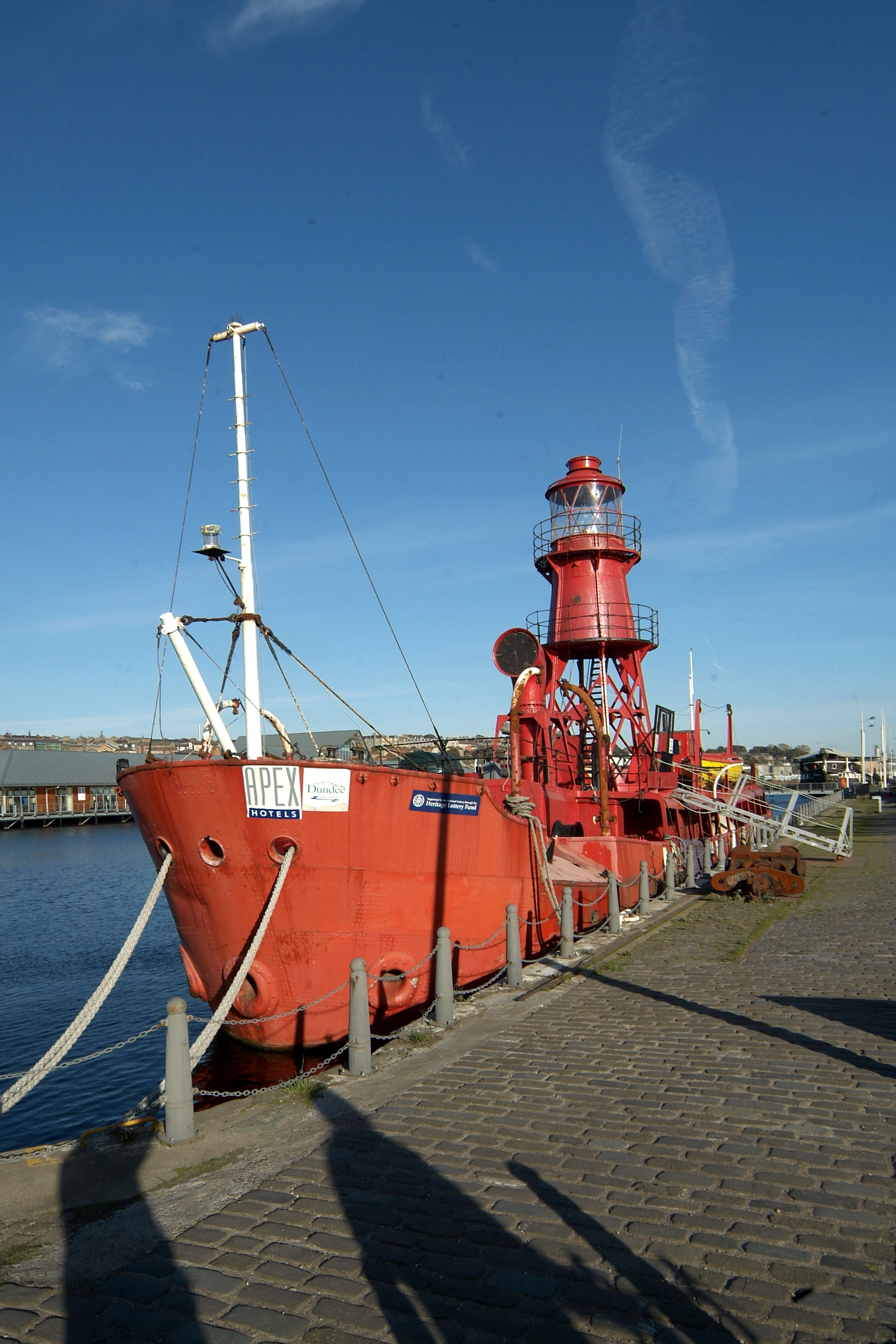 Due to the nature of the paint used, the vessel will have to be lifted out of the water before external improvements can be made, so please excuse the appearance of the ship. In the meantime a small army of volunteers are working on the interior of the lightship to restore and refurbish the various rooms and facilities onboard.