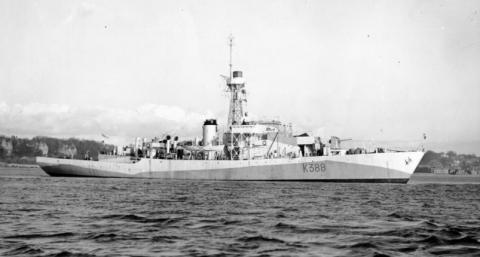 HMS Dumbarton Castle (K388) built at the Caledon Shipyard between May and September 1943. A Castle-class corvette, later redesignated as Frigate F388 and saw service in the North Atlantic. It was placed into reserve after the second world war then scrapped in 1961