Dundee owes its existence as a city to its location as a port, for coastal and international trade. However, what commodities were traded and with whom, have seen dramatic changes over time.

In medieval times, Dundee’s status as a burgh gave it the right to hold markets and a monopoly of trade over a neighbouring area – in practice this meant controlling many of the agricultural exports from Strathmore, particularly wool, sheepskin and hides. The burgh’s imports were sold in markets where standards were guaranteed by the guilds. According to historian Elizabeth Torrie, “Dundee emerged from a small settlement clustered to the east of Castle Rock into the second burgh of Scotland… trade was the key to this transformation”.

By the 16th century Dundee’s textile production was predominantly linen. Since its output had outstripped the capacity of local flax supply, it was importing significant quantities of flax from the Baltic and in exchange exporting coarse cloth as well as hides, salt and herring. Other imports from the Baltic or Scandinavia included iron as well as timber, pitch and tar for shipbuilding. 17th-century records show that salt from the Bay of Biscay was an important import to Dundee, which was then re-exported northwards. Dundee also imported wine and fine textiles from elsewhere in France, as well as playing cards! Latterly, Dundee’s European trade became increasingly focused on the north, but some imports of wine and fruit from the south continued to Dundee, most notably in the 19th century when Seville oranges were imported by James Keiller to convert into marmalade. 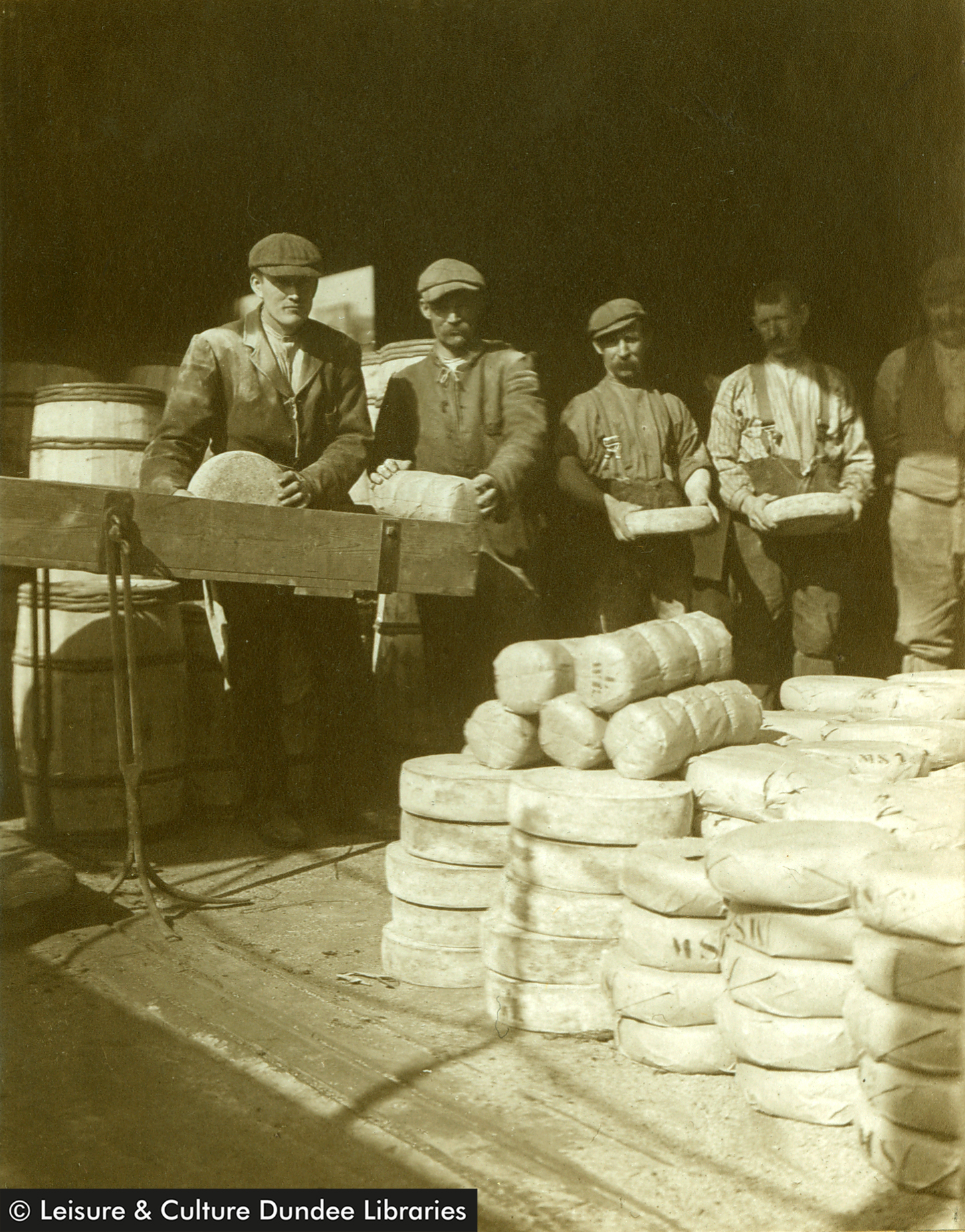 It was around this time that transatlantic trade began. Protectionism and the higher quality of locally produced goods reduced Dundee’s European markets for cloth, and demand from Canada and the USA was booming. Although much of this demand was more easily met by sending Dundee goods to the Clyde, in 1890 the Dundee Year Book boasted that around £2 million of goods was being sent from the Dundee district to the USA, over £400,000 greater than the total for Glasgow. Dundee developed a profitable trade with the Caribbean, especially Jamaica, selling linen cloth to plantation owners for their slaves and importing sugar in return. But by 1840 a new product was beginning to affect trading patterns – jute imported from India as a fibre and manufactured into cloth sold to the rest of the world. Dundee became ‘Juteopolis’ because of its growing dependence on jute manufacturing until the final decline of the industry in the 1960s. Imports of raw jute and exports of jute products, such as sacking, dominated the harbour in the late 19th and early 20th centuries. 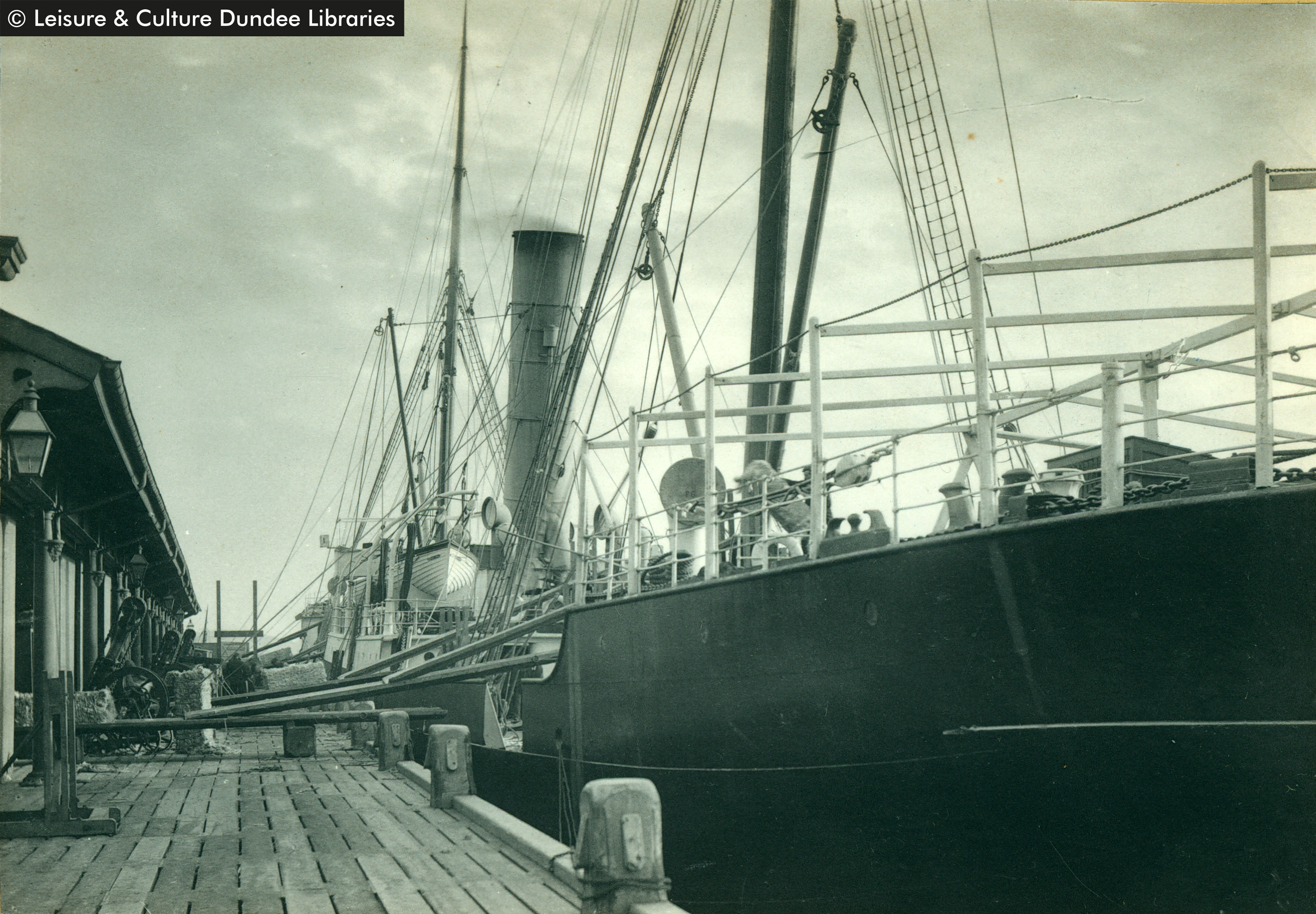 Related to the jute industry was Dundee’s involvement in whale and seal hunting, as seen in some of the street names in the harbour area, such as Baffin Street and Whale Lane. Among its other uses, whale oil was valuable in softening the jute fibres to enable them to be spun. As jute imports rose, the requirement for batching oil grew in proportion – most yarns spun had an added oil content of about 5%.  1881 marked the peak for Dundee whale and seal fishing, by which time Dundee had the largest industry in the UK. The subsequent decline was partly because of declining whale populations and partly because the Dundee whaling ships were using outdated technology to catch their prey.

As Dundee’s industrial activities changed in the 20th and 21st centuries, so did trade in its harbour. Once the jute shipments stopped, there was less movement in the port area, and some of the docks were filled in for other uses. Dundee’s maritime history is still evident in the historic ships in the harbour area – Unicorn, Discovery and the North Carr Lightship – but some modern industrial uses of the area are still visible, most obviously in the repair and decommissioning of oil rigs.