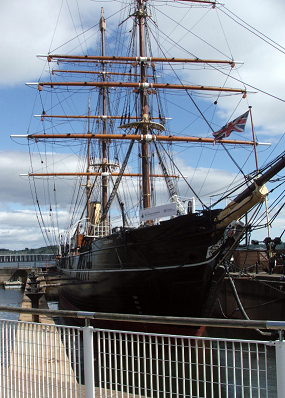 The Royal Research Ship Discovery was built in Dundee specifically for Antarctic research and launched in 1901 from a slipway near Chandlers Lane. Its first venture to Antarctica carried both Robert Falcon Scott and Ernest Shackleton. In 1923 it was awarded the title RRS: Royal Research Ship and continued to undertake expeditions in the southern oceans.

The ship was later to become a training vessel moored in London until 1979 when it was opened as a visitor attraction. Moved to Dundee in 1986 it forms the centrepiece of the multi-award winning Discovery Point which explains the many Antarctic experiences of the ship and people associated with it.

A ship designed for adventure:

The ship followed many aspects of the design of the “Bloodhound” – another Dundee built whaling vessel which has already been renamed HMS Discovery. The ship was deliberately built from wood so that it could withstand the forces of the Antarctic ice; be repairable during the expeditions without need for specialised shipyards and because a metal hull might interfere with the sensitive instruments being carried aboard. Dundee’s heritage of shipbuilding, and in particular, this style of ship, made the city an ideal location for its construction.

In a matter of only a few months after being launched, The Discovery embarked on the British National Antarctic Expedition. It first had to sail to New Zealand for resupply and some repairs then left for Antarctica in December 1901 and anchored in McMurdo Sound. The pack ice formed around the ship and remained there for two years. Research work was undertaken and many of the expeditions aims were achieved.

There was however one big issue – the Discovery was still trapped in the ice and it was time to go home! In Spring 1903 a relief expedition arrived and with the aid of two ships: the Terra Nova and the Morning, as well as some assistance from pick axes, shovels and a little dynamite the Discovery was freed. You can learn more about this expedition at Discovery Point. 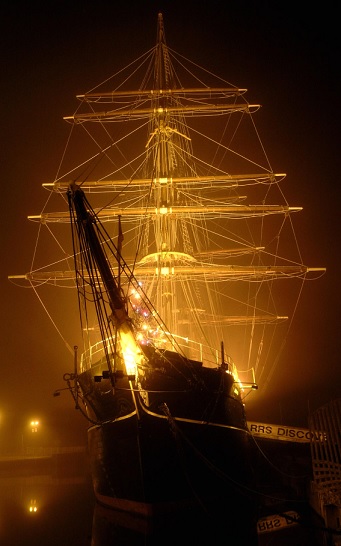 The shipyards and nautical activities of Dundee inspired many songs and Sea Shanties - including "The Pride o' the Panmure Yard" which celebrates the building of the Discovery in Dundee.