Slessor Gardens is Dundee's newest parkland. Built above what was once the Earl Grey and King William IV Docks and where much of Dundee's early international trade started.

For over 100 years an ornate archway stood at the landward end of the pier which divided the Earl Grey and King William IV docks. Built in 1849, it commemorated a visit to the city by Queen Victoria in 1844. The arch cost around £3,000 to build, with most of the money raised by the harbour trustees and private individuals.

The arch was demolished to make way for the construction of the Tay Road Bridge in 1964. During the construction of Slessor Gardens in 2016 the foundation stones for the Royal Arch were discovered and are now marked by a series of plaques and four trees 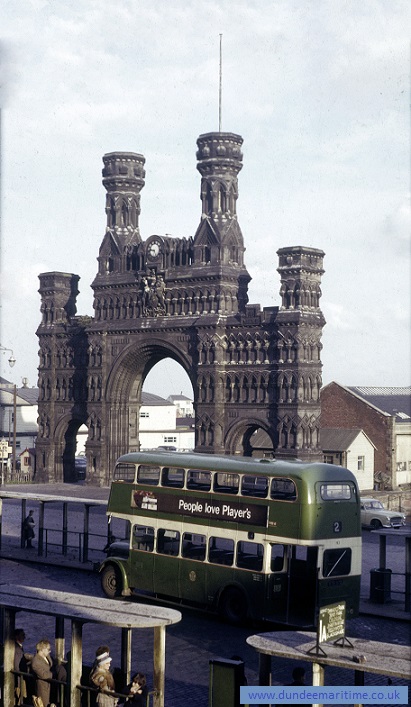 Also within Slessor Gardens is a shorter walk: Discovery Walk celebrates the achievements of those who have lived or worked within the city. The plaques were designed by local artists Suzanne Scott and Kelly Marr who also have a website describing their project. 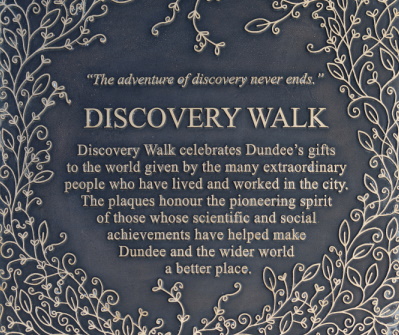 The gardens;  on the perimeter are eleven gardens, each individually designed:

At the north-west end (nearest the city centre) the design of the gardens takes inspiration from the environmental catchphrase Think Global, Act Local. The global gardens celebrate the City's international trading partners who would have received goods shipped out from this port. Can you spot the reference to the Bale of Jute in the Asian garden? The local gardens celebrate industries and activities which are important to the City today. 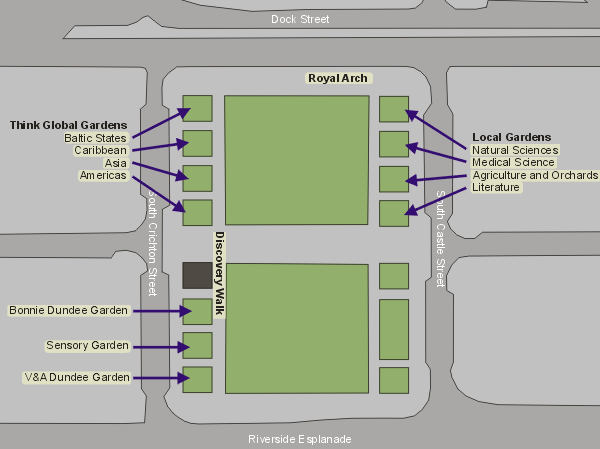 Plant lists for each garden

Since 2001 work has been ongoing to deliver a new waterfront area for Dundee. You can find out more at www.dundeewaterfront.com